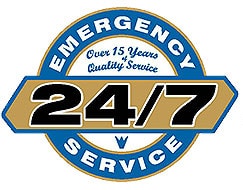 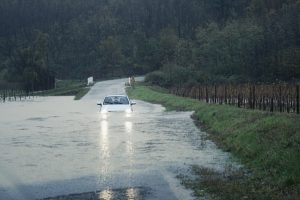 Flooding happens all over the United States. In fact, flooding has been a common occurrence lately with the major hurricanes coming in and hitting our coastlines. In Gilbert Arizona, we don’t have to worry about flooding due to hurricanes and we are quite lucky for that. However, flooding is a common occurrence in Gilbert from other types of weather. During the months of June – September, our community is often ailed by monsoons and heavy rains that cause flash flooding.

How Do Flash Floods Happen?

There isn’t one main attribute that is the cause of flash flooding, (aside from the water). There are two key elements that contribute to a flash flood.

What Are The Characteristics Of A Flash Flood?

Flash floods happen fast! From minutes to hours after heavy rainfall or a dam failure, a sudden release of water can start pouring in, raising water levels of rivers, streams, and lakes. These waters move fast and have the power to tear out trees, bridges, and even buildings. Flash floods take control of automobiles and boulders and will destroy everything in its path. Waters from flash floods have been known to reach heights over 30 feet.

There are a few things you can do when you have been alerted of a flash flood in Gilbert Arizona.

If flash flooding has taken a toll on your property, call the professionals at Valleywide Restoration. We are certified and insured to clean up and restore any property damaged by water.

Valleywide Restoration is a family owned and operated company, started in Mesa, AZ in 2000. We are local contractor with over 25 years of experience in the restoration, renovation, and the construction industry.

Valleywide Restoration has restored homes in Arizona damaged by floods, plumbing breakage, storm damage, fire & smoke damage and more! Our team will restore your home or business to its pre-loss condition, on time and within budget – Guaranteed!